Respiratory Illnesses on the Rise

Healthcare facilities across the country have been seeing a steady increase in positive cases of respiratory syncytial virus, more commonly known as RSV. While older children and adults can get RSV, (Lakewood Care Center’s residents are currently in the midst of an outbreak) the majority of cases are being seen in infants and toddlers under two. In Minnesota, the RSV positivity rate was 35.6% for the week of November 26th. On a regional level, the Central region, to which Lakewood belongs, has a positivity rate of 59.9%, the highest in the state by over 20%.

Closer to home, Lakewood has been testing for RSV cases since early August. Since that time, we’ve seen positive cases increase, with a current positivity rate of 20.5% (up from 2.8% for the month of October). Patients are being seen in the clinic, as well as the emergency department, and we have seen multiple pediatric patients admitted to the hospital due the severity of their symptoms. Overall patient volume in the emergency department continues to be higher than expected with cases of RSV, influenza, COVID and unknown respiratory illnesses. Up to 40% of patients seen each day are sick children. 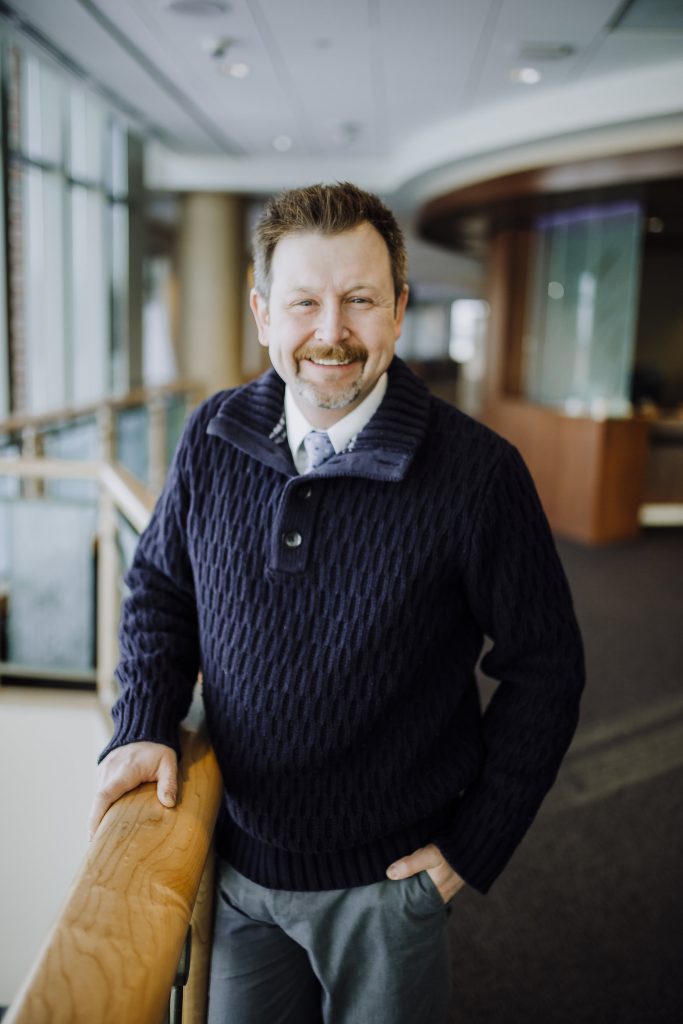 For the past few years, thoughts and resources have been focused on COVID, as cases of both RSV and influenza were very low, if nonexistent. This year has seen that change, as RSV and influenza cases are making a big comeback. (Influenza positivity for Minnesota is currently 43%, and 25.2% at Lakewood.) With that in mind, we spoke with Lakewood’s resident pediatrician, Dr. Neil Bratney, about how to stay safe and healthy in the coming months.

For those not familiar, RSV is a viral infection that can affect your nose and lungs. Anyone can catch RSV, and for most adults, it will look like a typical cold, but for infants and toddlers, it can be a more severe infection. Because children’s airways are smaller, they are more likely to get tight and plugged up with mucous, which can make it hard to breathe. Infants with prematurity, congenital heart or lung disease, and those exposed to second hand-smoke are at increased risk for particularly severe disease. Older adults with severe pre-existing heart failure can also have bad cases of RSV.

Prevention
Because RSV is usually transmitted by big droplets, it’s important to cover your mouth and nose when you cough and sneeze. (This is good practice anytime, not just when you’re sick.) Handwashing is also very important, and both soap and water or hand sanitizer will kill the RSV virus. If you use a tissue, it should be thrown away promptly. It’s also important to stay home or away from others if you aren’t feeling well in order to limit exposure.

Signs and symptoms
RSV will look like a very bad cold. It usually starts out with lots of clear nasal drainage and congestion, then moves into the chest after two to three days. Coughing will typically last about two weeks. Many people will have a fever, but not all. In some infants under six months, it can cause periods where they stop breathing, known as apnea, even without other symptoms.

Even though infants and toddlers are at risk for more severe cases of RSV, most can be treated at home. Parents/caregivers should make sure the child is drinking plenty of fluids. This could include breast milk or formula for infants, or water or an electrolyte fluid for toddlers. Keep track of how much the child drinks and how often they urinate, in case the child starts to become dehydrated. Nasal saline drops and nasal suctioning are often very helpful.

When to seek medical attention
Parents/caregivers should bring their child to the emergency department if they:

Final thoughts
While hospitalization for RSV cases does happen, it is not common. Trust your instincts and seek medical attention/advice if you have any concerns for your child’s health. This doesn’t just apply to children and RSV, as positivity rates for both influenza and COVID also remain high for all age groups. Our team of physicians and advanced practice clinicians are great resources and are always happy to provide medical care for those in need. To schedule an appointment, you can call 218-894-1515 or go online at lakewoodhealthsystem.com. Emergency care is available 24/7.