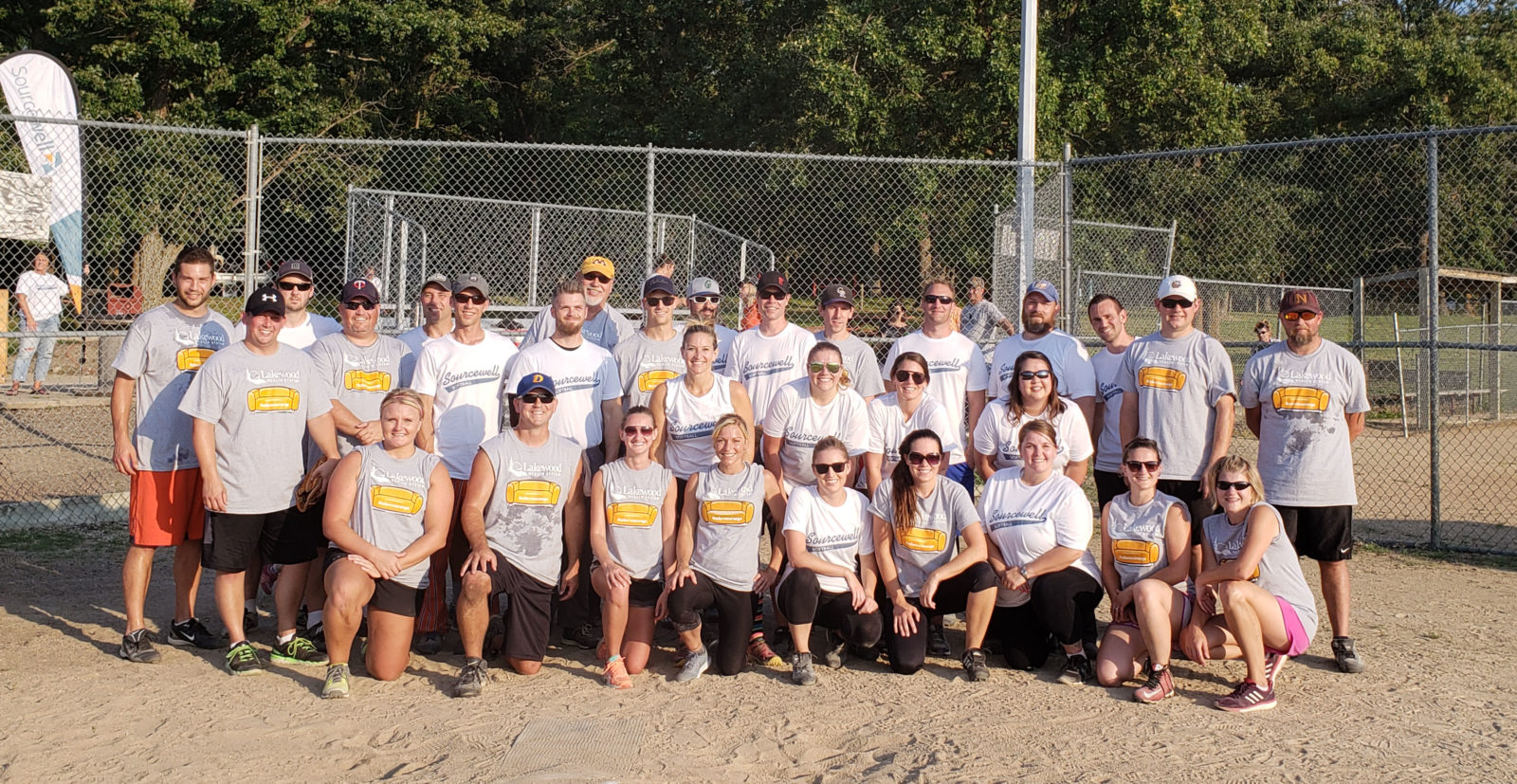 The second annual Sourcewell vs. Lakewood Health System softball game took place on Thursday, August 9th at the Dower Lake Recreation Area in Staples. After seven innings, Lakewood came out on top, with an 11-3 win. That gives each team a win going into next year’s game, after Sourcewell’s win in 2017.

The idea for the softball game started in 2017, when Sourcewell (formerly NJPA), approached Lakewood about a friendly competition game with teams made up of employees from the respective organizations. Coaches, announcers, and fans come out to enjoy the game, and cheer on their team. Players for this year’s teams included: